SaaS Capital, a lender to software businesses, put out an excellent research piece which examined the performance of publicly traded SaaS businesses during the recession.  The 3 page research report is well worth the read, and we decided to summarize some of the findings. Below is the data and under that are observations. 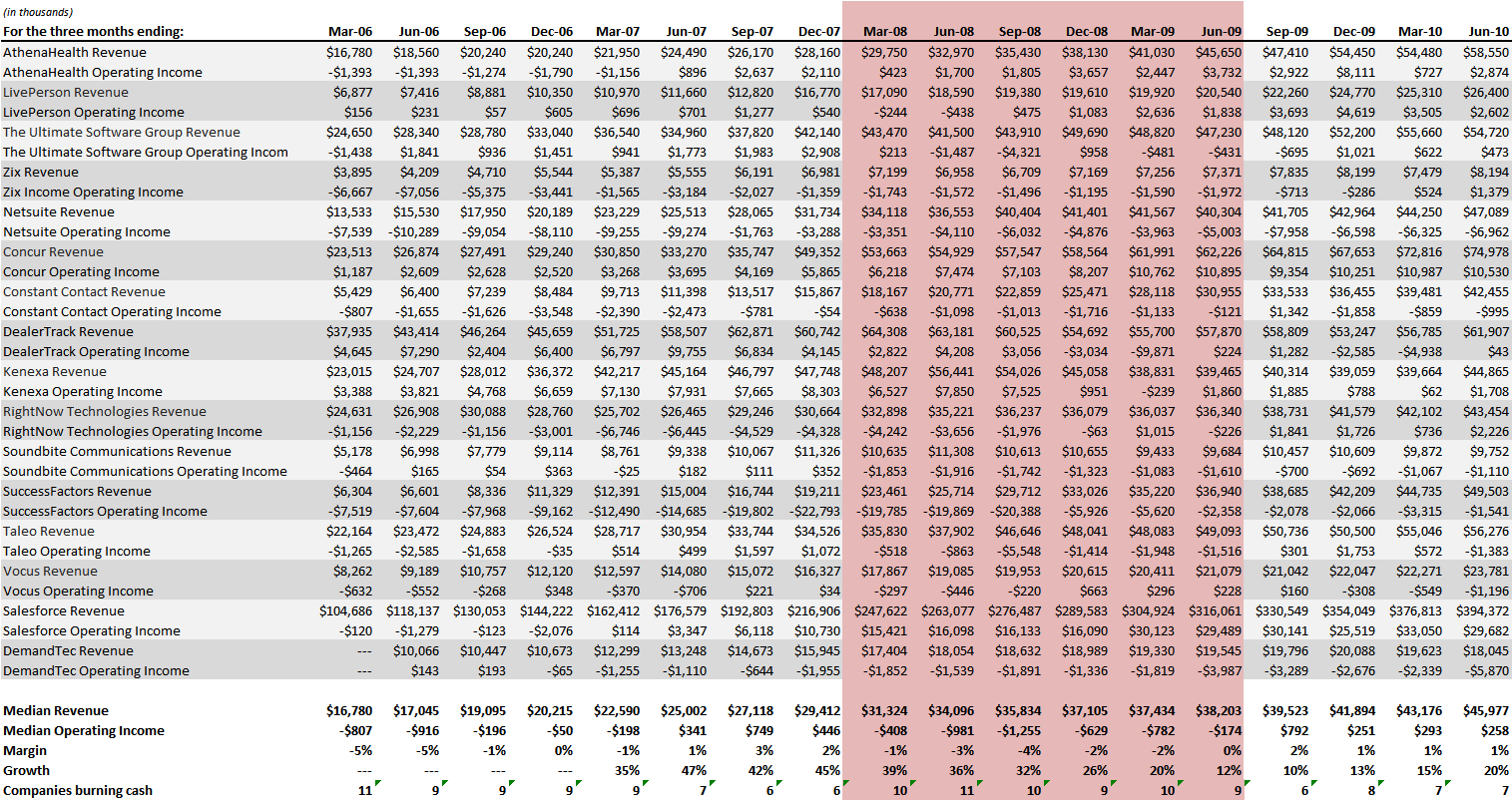 The companies grew.  Even during the recession, which is defined as the period from Q1 2008 to Q2 2009, on median, the 16 SaaS companies in the data set still managed to grow albeit at a slower pace.  Prior to the recession, median year over year growth was 42%.  During the recession, growth slowed to 12% year over by the Q2 2009.  The fact that these businesses were able to grow at all while the overall economy suffered a severe contraction is truly spectacular.

Cash burn was heavy.  Even though operating margin was steady, it certainly wasn’t an easy period: prior to the recession, 6 of the 16 companies were unprofitable whereas during the recession, that number increased to as many as 11 companies.  Operating profit in the 4 quarters prior to the recession averaged $335mm whereas during the recession operating profit averaged -$705mm each quarter.  That’s a tremendous swing and the only way any company could weather a swing like that is to have significant access to liquidity (cash on hand and credit lines).

In summary, as a SaaS business, it’s not unreasonable to expect to grow through the recession, but recognize that the growth will be much more expensive to achieve.  Make sure you have significant cash buffers and access to liquidity at all times – none of the publicly traded SaaS businesses went bankrupt but that’s only because they were able to access cash as operating profits swung heavily into the red.

Big thanks to SaaS Capital for putting together the data.  Visit them at www.saas-capital.com to get the full report or talk about credit facilities for your business.