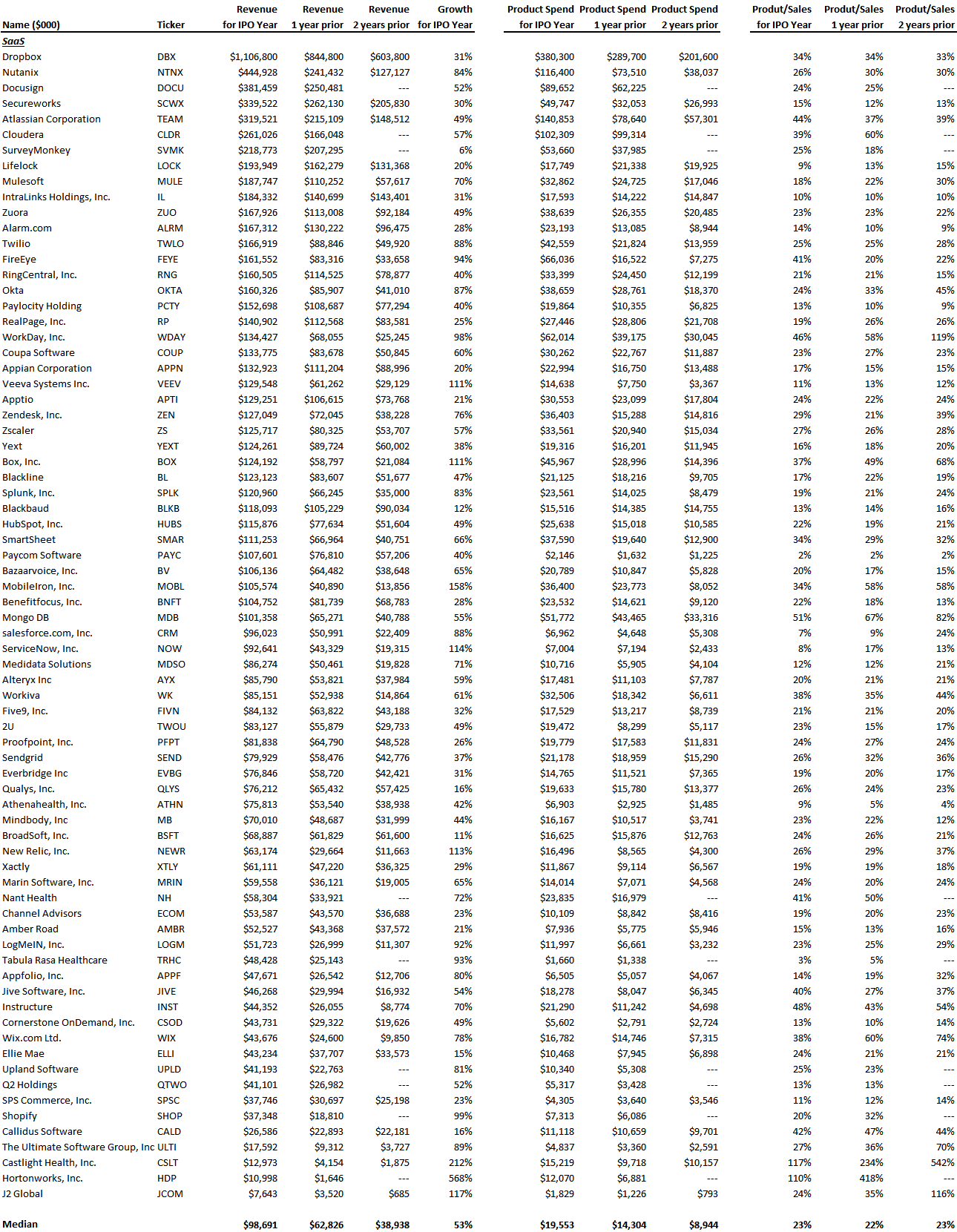 R&D spend is 23% of revenue.  Leading up to the IPO, SaaS companies spent on median 23% of revenue on R&D.  As you can see there is almost no deviation between the financials reported at IPO and 2 years prior. (medians were 22% and 23% respectively)   For many of these companies, they were in their Series B or Series C two years prior to IPO, so it’s safe to say that spending a quarter of revenue on R&D is the right level for a SaaS business even at earlier stages.  No matter where your SaaS business is in its lifecycle, as one founder put it to me, “managing a large and growing stack for a cloud application is damn tough” so you’re going to be spending materially on the stack no matter how fast you’re growing or how mature you are.

Median spend is $20mm.  The median level of revenue at IPO for these SaaS businesses was $99mm so with 23% of revenue going to R&D, that means R&D spend was $20mm on median at the time of IPO.  That’s a lot of dev talent.